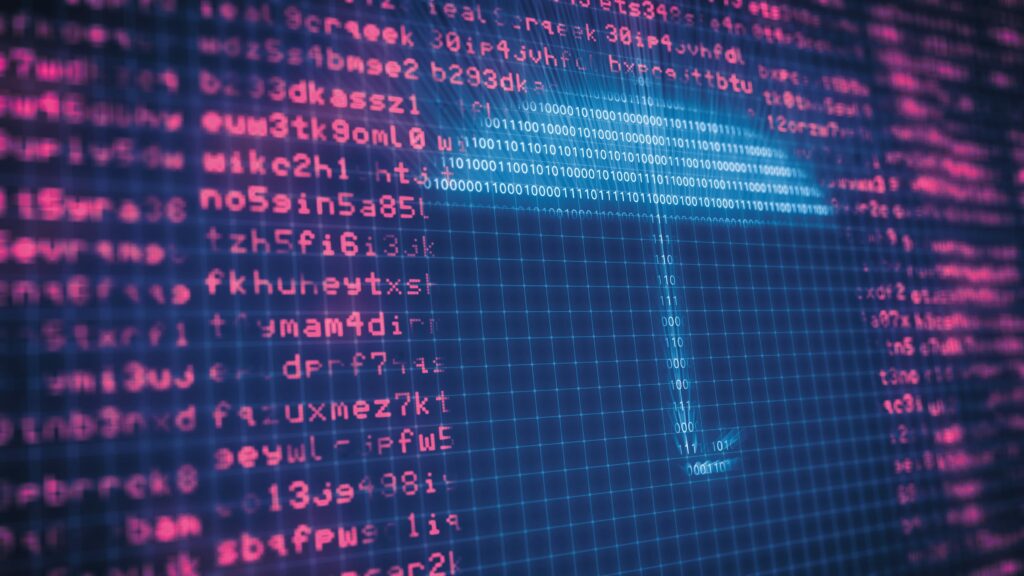 A call by the TUC to ban umbrella companies outright will thankfully be ignored because the government believes it has done enough, advisers to contractors have told ContractorUK.

Citing a Single Enforcement Body promised only in June, Key Information Documents since April, and fines now up to £20,000, an expert all but says the union is wasting its breath.

“The government has already put the ball in our court, expecting brollies and agencies to run with it,” said the expert, a chartered accountant who runs a tax firm and an umbrella business.

“If things don’t change, and actually things are improving from a brolly compliance standpoint, then the £20,000 fines will start piling up. Not that anyone really wants to wait that long”.

Other umbrella companies (which agreed to be named) sound equally hopeful that the TUC’s call to ban them — and their “scandalous workplace practices,” comes to nothing.

Clarity Umbrella, which supports up to 350 contractors, says the union’s “same old same old” call for a ban fails to differentiate between genuine PAYE umbrellas and “schemes.”

PayStream, which employs 15,000 contractors, said bonafide umbrella companies were actively supporting the gig economy out of covid, while collecting millions in tax for HMRC.

And Orange Genie, which places 7,000 contractors, says dodgy practices and “bad apples” should be removed by HMRC stepping up enforcement, not by ‘closing down an entire sector.’

But accusing umbrellas in a new report of creating “multiple issues” for workers which hinder them from exercising their basic rights, the TUC is not alone in wanting to ban umbrellas.

Indeed, Labour even made banning brollies a 2017 election manifesto pledge.

More recently in April this year, the party’s Ruth Cadbury called for a ban again, saying that brollies “pushed” workers into disguised remuneration while others, she said, were withholding holiday pay.

Proposing that workers should instead be employed by agencies (so as to kill off umbrellas), Ms Cadbury shared her views with her fellow MPs after a BBC exposé on brollies.

A second BBC programme on ‘mini umbrella companies’ followed, alongside new HMRC guidance, and then, from two advisers, a plan to regulate the sector.

Now responding to the TUC’s call to ban brollies entirely, Phil Pluck of the Freelancer & Contractor Services Association says the union is suffering from a “knee-jerk reaction.”

He rubbished the proposal to make agencies the employer of contractors — Ms Cadbury’s idea now located at the heart of the new TUC report making the case for a ban.

“[To] suggest that recruitment agencies be the provider of contingent labour is…misguided,” Mr Pluck began.

“Recruitment firms realised long ago that to have for example 1,000 contractors on their books moving through thousands of variable rate contracts whilst actually being their employer, was logistically impossible.”

He added: “To employ a contingent worker through large numbers of contracts whilst also employing them whilst they are not actually working on a contract requires detailed knowledge in taxation, accountancy and employment law as well as a detailed understanding of highly complex software management systems.”

Yet to some workers, removing the prospect of an intermediary which may or may not play by the rules sounds sensible.

“Would it really be too hard to put workers on PAYE?” a project management specialist asked online, addressing an agency.

“Take out the middleman’s commission. Take away the risks of dealing with non-compliant umbrellas. And take away the smoke and mirrors.”

But pouring water on page 12 of the TUC’s report asserting that “agencies should be required to pay and employ the staff they place”, is WTT Consulting’s Graham Webber.

“Agencies do not want the risk of a contractor being able to claim employment rights,” Mr Webber says. “[So they] prefer therefore not to operate PAYE schemes.

“[And] end clients do not want to have ‘full time equivalent’ numbers on their balance sheets. [Currently] an agency can take a fee from an umbrella and not have the expense of a PAYE scheme, so why would they do that? Unless forced [– they wouldn’t].”

In its report, the TUC recommends a revision to the Agency Conduct Regs to “make it clear that an agency worker must be paid the gross hourly rate advertised by recruitment agency.”

The union says: “This would mean that the only deductions from their pay is any income tax or national insurance that they are liable for. They wouldn’t, for instance, see employer NICs deducted from their wages.”

But strengthening April’s amendment to the rules would be better, as the Loan Charge APPG has found workers aren’t benefiting from it, points out former tax inspector Carolyn Walsh.

She asked: “Wouldn’t [HMRC or BEIS] action to shore up the uptake…of the requirement to provide [workers] a written statement of pay rates, holiday entitlement and employer details when an umbrella company is being used to provide as much if not more instant benefits to agency workers than further legislative changes?”

Julia Kermode of iWork says she welcomes some of the TUC’s recommendations (p12-14), in ‘Umbrella Companies: Why agencies and employers should be banned from using them.’

‘Not driven by the umbrella sector’

But amending the 2003 agency conduct framework isn’t necessary because of umbrella companies’ wrongdoing.

“The pay rate ‘problem’ [for workers] is not driven by the umbrella sector,” Ms Kermode says.

“[Rather] it usually arises due to a lack of clarity in advertised rates for roles — either due to a lack of understanding on the part of recruitment firms, or occasionally it is a deliberate ploy to entice workers into believing they will earn more by choosing them.”

She added: “An outright ban [of umbrellas] is not necessary…[but clearly] recent negative media exposés highlighting non-compliance within the umbrella industry have…exacerbated the TUC’s opinion.”

‘Lumping compliant providers in with promoters’

“The umbrella industry has come under increasing scrutiny… and rightly so,” agrees Clarke Bowles, a director at Parasol.

“[Nonetheless] it’s disappointing to hear calls from TUC to ban umbrella companies. Once again, [the union is] lumping compliant and ethical providers together with tax avoidance scheme promoters and even fraudulent models.”

Clarity’s Lucy Smith has a similarly good memory. “This is history repeating itself,” she said of the TUC’s call, first published in The Guardian.

“The unions made a call for a brolly ban when IR35 reform was introduced in the public sector in 2017. It’s frustrating that a good few years later, they still have too little understanding of how the umbrella market works.

“The TUC needs to be able to differentiate between a true umbrella company and that of a tax avoidance scheme, rather than assuming we are one of a kind. But unfortunately, the recent holiday pay scandal has not helped the situation, placing further bad feelings over the industry.”

In the eyes of off-payroll.org founder James Poyser, it’s a bit more than just ‘bad feelings’ in play.

“The sum total of tax loss due to umbrella skims, scams and egregious schemes will outweigh the apparent IR35 shortfall,” posted Poyser, an accountant who believes the TUC is right to recommend that umbrellas should at least face a new supply chain liability.

Boss at inniAccounts, Mr Poyser explained: “The use of umbrellas has become an uneasy bi-product of the IR35 reforms, and just as IR35 holds end-clients accountable for employment choices, so the same should apply to umbrellas.

“Until there is a legal obligation to prove supply chain ethics in the labour market, we fear little will change to improve workers’ rights in this regard.”

Yet Julian Ball, legal director at PayStream, says a “lot of work has already been completed” by industry bodies such as the FCSA and Professional Passport.

The effects of that work, he said, are “that workers are better supported, and umbrellas [who sign up to those bodies] meet standards which require more than mere compliance with the law.”

As to further improvements, Mr Ball is looking to HMRC. “[The Revenue] has done a good job in identifying non-compliant schemes in its Spotlights and already has the power — enshrined in legislation — to deal with them.

He continued: “What needs to happen now, is for HMRC enforcement teams to crackdown on these schemes — with support and funding from the government.”

Meanwhile, fresh from her recent talks with the business department on her policy plan to regulate umbrellas, tax lawyer Rebecca Seeley Harris believes that such support can’t be effective without a new face.

“An immediate outright ban [on brollies] would be very complex to implement overnight, because of the legislative timetable and the time companies would need to unravel arrangements.

“[But] the vacant post of the director of Labour Market Enforcement… needs to be filled [now],” she says, adding:

“It is deeply concerning that 18 months after Matthew Taylor left, it is still open. [Leaving it vacant] undermines the declared intention of the government to clean the market up.”

Founder at ReLegal Consulting, Ms Seeley Harris believes that ultimately, regulation is the answer but she’s not holding her breath.

“[Regulation] will take considerable time to introduce,” she cautions, “because of the legislative formalities, and timetable for the Spending Review.”

‘Legislation still a couple of years off’

Similarly, Clarity’s Ms Smith believes that the required legislation – likely enforced by the SEB (announced in June as the Workers’ Watchdog) is still, “probably a couple of years off.”

Whether that delay is due to legislative timetables or the government’s belief that it has introduced enough measures already, Orange Genie director Damon Cochrane believes it will all be meaningless without follow-through.

“The sensible solution for the umbrella sector and its workers has to be a combination of both regulation and enforcement,” Mr Cochrane begins.

He added: “That enforcement obviously needs to come from the relevant authorities, who should be tasked with making it more and more difficult for ‘dodgy’ umbrella companies to carry out those ‘scandalous workplace practices’ which the TUC is right to condemn.

“But a ban is a bit sensationalist.

“Especially because we know that the union does quietly recognise what good our sector can do.”

However in a far from mealy-mouthed statement, TUC general secretary Frances O’Grady said the “scandalous workplace practices” of umbrella companies have “no place in modern Britain.”

“Our inadequate regulations let dodgy umbrella companies off the hook — allowing them to act with impunity,” she said, pointing her finger at the UK’s legal framework.

“Employers shouldn’t be able to wash their hands of any responsibility by farming out their duties to a long line of intermediaries. Enough is enough. It’s time for ministers to ban umbrella companies, without delay.”