IR35 reform is here: are you prepared? 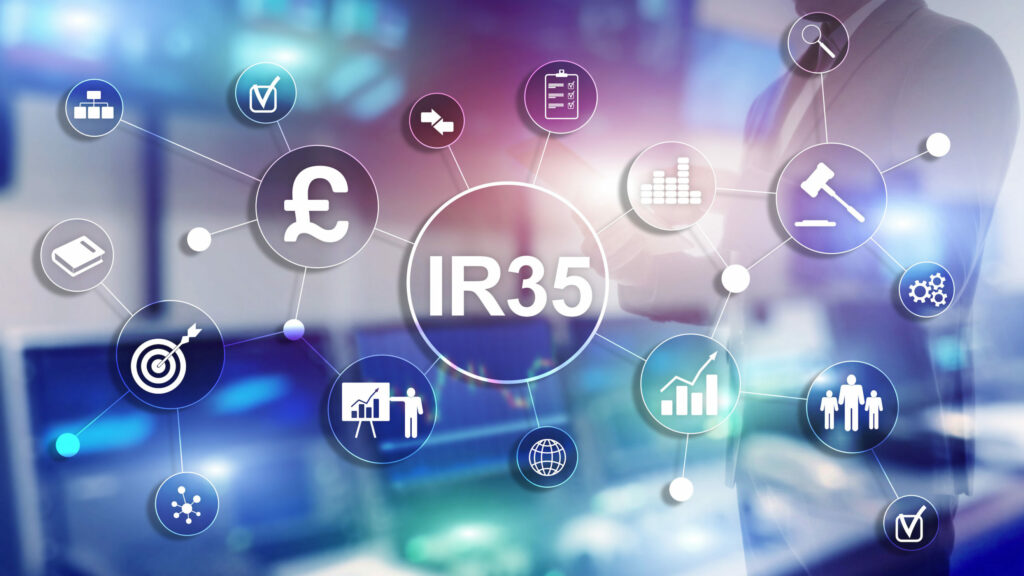 The imminent arrival of the 2021/22 financial year on 6 April brings with it the introduction of IR35 reform in the private sector – a change that affects thousands of businesses engaging contract workers, the recruiters who place them and, of course, hundreds of thousands, if not over 1m, contractors.

Much has been made about IR35 reform recently, particularly in light of HMRC losing a high profile IR35 case against the TV presenter Kaye Adams at the Upper Tier Tribunal just weeks before the roll out of this controversial reform.

Yet another HMRC loss, which has done nothing to improve the taxman’s woeful record in IR35 tribunals, simply reinforces the opinion of most contractors, businesses and experts (myself included) who are still gravely concerned about the government’s understanding of this tax legislation. IR35 reform can be managed through a pragmatic approach.

Despite having created the IR35 rules more than two decades ago, it is clear that HMRC cannot recognise if a contractor should belong inside or outside the confines of the legislation they not only police, but insist on reforming too.

Before I go any further, though, I must add that – contrary to speculation and unhelpful scaremongering, IR35 reform can be managed through a pragmatic approach.

By avoiding risk-averse decisions, the reform will not, by any stretch of the imagination, spell the beginning of the end for flexible working and in turn, contracting.

That IR35 reform is manageable is perhaps the most important point I will make within this article.

But understandably – and as you might be aware – many contractors and the businesses that rely on these workers are deeply worried about IR35 reform.

Mirroring changes that were rolled out in the public sector in 2017, private sector IR35 reform will see contractors lose the right to determine their IR35 status when working with medium or large businesses.

Instead, the firm engaging the contractor – often referred to as the end client – will pick up this responsibility, in effect assessing if the service provided by the contractor is delivered in a manner that reflects self-employment (outside IR35) or employment (inside IR35).

Explained differently, this will mean contractors’ clients – many of whom have never needed to consider this legislation until very recently – will soon decide if the worker should be self-employed or employed for tax purposes. I say soon, but in reality most businesses have started assessing the IR35 status of their contractors in the lead up to 6 April.

Financially speaking, the difference between working outside or inside IR35 can be huge, with contractors operating inside the clutches of the legislation or via PAYE sometimes taking home up to 25 per cent less after tax. This works both ways, though, with businesses engaging these workers on the payroll incurring similar costs.

IR35 reform poses a number of other challenges to companies, aside from the need to carry out IR35 status decisions, the major one being the shifting of the risk, which will transfer from the contractor to the fee-paying party, which is likely to be either the end client themselves or the recruitment agency when involved.

The threat of being held liable for incorrect IR35 decisions (along with the perceived burden of carrying them out) has led some businesses to ban contractors altogether.

However, insisting that all contractors work via umbrella companies or become employees – which means the IR35 rules are no longer a consideration – are not the right ways to go about the reform.

They will see businesses needlessly absorb the costs involved with hiring employees. This is unnecessary given that in our experience 91 per cent of thousands of contractors Qdos have assessed on behalf of businesses – following a rigorous and independent IR35 status review – belong outside IR35 in our expert opinion.

So if imposing blanket contractor bans and, in and worse, even non-compliant cases, deeming all contractors inside IR35 irrespective of status is not the right thing to do, what is?

And how can businesses compliantly implement the changes, making sure they mitigate the risk they will soon carry while retaining the skills and flexibility of contractors?

I’ll run through the key steps firms should take now.

When the changes land on 6 April, all contractors – whether existing or newly engaged – must have had their IR35 status determined with ‘reasonable care’.

HMRC’s definition of ‘reasonable care’ is still, despite the release of detailed guidance, open to  interpretation. But generally speaking it means businesses need to carefully consider the specific factors which lead to an IR35 decision. In other words, they cannot simply place all contractors inside IR35 – or outside IR35 for that matter – without having examined the details of the engagement.

There are a number of ways businesses can ensure ‘reasonable care’ – whether by engaging a third party specialist to assess the status of contractors or using HMRC’s Check Employment Status for Tax tool (CEST) – although I would strongly advise against relying on the government’s technology.

Despite what HMRC say, CEST is not completely aligned with IR35 case law, overlooks key aspects of the IR35 legislation, has been dismissed in court and cannot provide an answer nearly 20 per cent of the time. For these reasons (and there are plenty more), relying solely on HMRC’s flawed tool endangers IR35 compliance, believe it or not.

Fortunately, it is not mandatory, which is why I recommend that companies steer clear of it entirely.

Having assessed IR35 status, end clients must then inform contractors of their position via a Status Determination Statement (SDS). This can be an email or document outlining the deemed IR35 status and the reasons for this particular decision. It should be sent to the contractor and the second party in the supply chain, which is usually the recruitment agency.

Until an SDS has been issued, the end client will hold onto the fee-payer’s responsibilities. This means they are ultimately liable for IR35 – irrespective of whether they are the fee-payer or not – and will be tasked with deducting the correct amount of tax from contractors working inside IR35 and paying this to HMRC.

It therefore goes without saying that the sooner a firm sends compliant SDS documents to the parties requiring one, the better.

Following on from my previous point, if a contractor is deemed inside IR35 – but only after a well-informed IR35 status review – they will be taxed PAYE. This tax must be subtracted from their timesheet or invoice and sent to HMRC, with the contractor paid what’s left. These processes need to be in place by 6 April to avoid a myriad of problems and, in turn, non-compliance.

While in many cases, fee-paying recruitment agencies will be responsible for orchestrating this and making sure it is done in a compliant manner, the end client has a duty to outsource this activity to a trusted party should they not want to handle it themselves.

It is clear that HMRC are determined to raise a significant amount of tax revenue from reform – the apparent £1.3bn the exchequer believes it is missing out on due to non-compliance currently is testament to this.

As a result, businesses would be wise to maintain a clear, traceable and transparent audit trail with regards to all their IR35 activity. Being able to show HMRC, in the event of an investigation, that everything has been done by the book and compliantly will be key in stopping an enquiry in its tracks.

As briefly mentioned earlier on, the worry for businesses is the IR35 risk they will soon shoulder.

IR35 liability can mount up considerably, with the cost of non-compliance running into tens of thousands (if not much more) just for one contractor.

However, this is not a reason not to engage contractors and make risk-averse policy decisions, though; more an incentive for businesses to mitigate the risk and focus on ways to protect the liability they will soon carry.

By taking the right steps, this is simple enough to achieve. Businesses can protect outside IR35 determinations with IR35 insurance, which will cover the cost of expert advice, legal representation along with any resulting fines, interest and tax liabilities owed to HMRC.

While HMRC has promised not to hand out penalties for the first 12 months for mistakes made by businesses, I would like to point out that this will not stop the tax office demanding missing tax resulting from incorrect IR35 status decisions.

True, HMRC might not fine companies for one year, but they will expect missing tax payments to be made – and when it comes to IR35 cases, the tax liability exceeds penalties by a staggering amount.

In the coming weeks and even following the introduction of IR35 reform on 6 April, the businesses that take a sensible approach to the changes – and continue to engage contractors – will be in a strong position to navigate the many challenges they find themselves facing in 2021 – whether that is the economic uncertainty created by the pandemic or the repercussions of the UK’s departure from the European Union.

Through prioritising fair and well-informed IR35 status decisions over unnecessary – and frankly short-sighted – blanket bans, these firms can even gain a competitive advantage over their competitors with regards to attracting and retaining the very best flexible talent. After all, contractors simply want a fair shot at having their tax status assessed accurately by their client – wouldn’t you?

My parting message is clear. IR35 reform should not stop businesses from compliantly working with contractors outside IR35.

Through fair and thorough assessments supported by insurance, organisations will be able to engage this vital, skilled and flexible workforce for years to come.